Department of Medicine was established by Dr. Shiv...

Psychiatry and psychology services draws upon the ...

Late DR. SOHAN LAL (14-02-1940 to 27-12-2003)- He was a post – graduate in Homeopathy from the Royal College of Homeopathy, London and a distinguished Homeopathic Practitioner of National Repute. He was Member of Homeopathic Advisory Committee, Ministry of Health and Family Welfare, Government Of India and National President Of Homeopathic Medical Association Of India. His contribution to Homeopathy will always be marked as a Golden Era of Homeopathy and he a Beacon of  Homeopathy.

Dr. Sohan Lal was a secular thinker and a central figure in almost all the social, cultural, academic, literary and philanthropic activities of Gorakhpur. In the last few years of his life he embarked on a massive & innovative dream project of Super Specialty Hospital at Gorakhpur. The hospital is giving its services to the vast population of Uttar Pradesh, Bihar and adjoining country Nepal. He also laid the foundation of a Medical Research Institute which would be an extension of the Super Speciality Hospital.

He was always devoted to public welfare and building a modern prosperous nation. While doing so he faced tough struggles in life, but by keeping his society with him on this struggle path, he gradually became a symbol of one man to one society.

Dr. Sohan Lal had a divine talent which was put to excellent use in the healing profession which is where he found his true metier. He was a diagnostician par excellence and looked upon treating every patient as a challenge. His modus operandi of treating patients always included a high level of humanism.

Because of this quality, he commanded unqualified respect and admiration from anyone who touched base with him.  He was like a dynamo at work; the more he worked, the more inspired he would become without displaying any fatigue. The loyalty that was extended to him by his patients was Sui generis.

Unsurprisingly he was seen as a superlatively inspirational figure, an institution who has left behind a legacy which would need to be sustained. That is going to be our prime endeavour.

When the covid pandemic was at its peak in the month july our hospital was the only hospital in eastern up which was functioning as level 1 and level 2 covid hospital. our hospital had the facility of

Dr. Sohan Lal Clinic is dedicated to community health issue. We are serving for many decades in the field of community health with our tag line "सेवा, समर्पण और विश्वास की सदाशय परंपरा". Health check-u camps were organized by following the covid pro

Performing our duty to the needy in corona crises

During the epidemic lockdown, there was an exodus of migrant laborers returning to the homeland, the institution performed its duties to the nation and society. there was a distribution of basic amenities like masks and sanitizer for the prevention o

Our institute is playing a very important role to serve eastern region of Uttar Pradesh as well as the adjoining state of Bihar and adjoining country Nepal for 87 years. At present 3rd generation of the family is serving the society by his knowledge and skills in the field of medicine.

We are committed to fulfil the mission of Service, Devotion and Trust to serve the humanity.

Specialist doctors of different medical branches work as a team to ensure complete health care to our patients.

The main objective of the center is providing medical facilities at an affordable cost to all the sections of the society.

We use technology to reach out to our patients as per their convenience.

The clinic is the Parent Institution of the Super Speciality Hospital. The hospital is currently also functioning as Level 1 and Level 2 COVID Hospital because of its I.C.U Facilities.

We are expanding our services by dispensing Allopathic and Homeopathic Medicines which are ordered online.

Our clinic has the reputation of a very high success rate in Chronic Diseases. 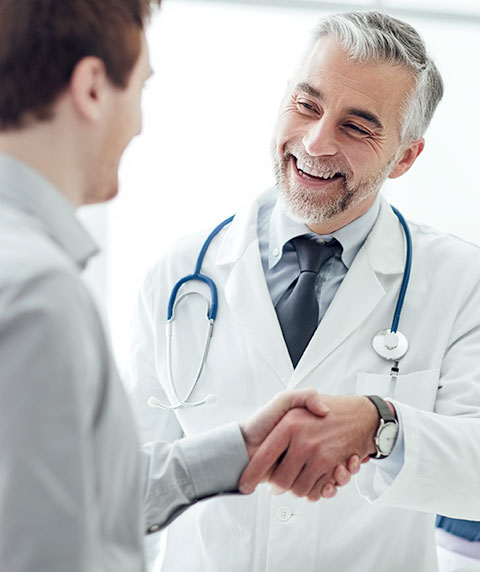 We Care about everything what you want 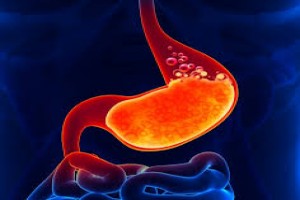 Acid peptic disease – commonly called APD – includes a number of conditions. All these conditions are the result of damage from acid and peptic activi - Read More...

Lorem Ipsum is simply dummy text of the printing and typesetting industry. Lorem Ipsum has been the industry's standard dummy text ever since the 1500 - Read More...

Meant To Learn Of Vexed

What Patients Are Saying

“ "I appreciate all the help, the complete staff worked together to make me feel better." "This hospital took very good care of me and made a very scary event very comfortable. Staff had smiles for me at all times, which kept a smile on my face." ” 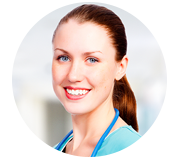 if urgent. Your personal case manager will ensure that you receive the best possible care.

Your First Step Towards Oral Health For Life Starts Here :

Late Dr. SohanLal (14-02-1940 To 27-12-2003) After Completing His Graduation In Homeopathy In India, He Did Post – Graduate In Homeopathy From The Royal College Of Homeopathy, London..

1. M.B.B.S.  from one of the most prestiges Medical Collage of Asia - Kasturba Medical College, Manipal.

2. Jr.  Residency from Safdarjung Hospital, Apollo Hospital, Deen Dayal Upadhaya Hospital, New Delhi in various disciplines of medical field.  Dr.  Anand Kumar belongs to a family of reputed doctors through three generation and has deliberated to propagate this legacy through his training and service in th medical profession.  Following his training Dr.  Anand Kumar made a conscious decision to establis himself in his home town and further the visionary ideals his illustrious ancestor had embarked upon, a vocation he is actively involved at present.  As his ancestors had through generations built up an amiable reputation a Homeopaths par excellence, Dr.  Anand Kumar decided to move into this field where he is able to utilize his dual expertise towards the benefit of society which has always laid very high expectations on his shoulders.

Dr.  Anand Kuman had the privilege to work as an apprentice to his father Dr SOHAN LAL, where he honed his professional skills.  He has been practicing Homoeopathy as an alternate medicine.

Department of Psychiatry
DR.GURLEEN BHATIA
M.B.B.S
MRCP PSYCHIATRY
Dr. Gurleen Bhatia is a Consultant Psychiatrist. She completed her primary medical qualification from Kasturba Medical College, Manipal, India in 1994 . She gained further experience in General Practice, Obstetrics and Gynaecology, prior to pursuing her career in Psychiatry. She completed her basic and higher training in the Charing Cross Scheme and obtained her CCT in General Adult Psychiatry with an endorsement in Rehabilitation Psychiatry. She has experience working in the forensic, older adult services and with patients with complex physical health needs. She has been associated with the  clinic as a specialist registrar and now employed as a substantive Consultant in the Gender Clinic.
She is an experienced Consultant Psychiatrist with a demonstrated history of working in the hospital & health care industry. Dr. Bhatia is skilled in Clinical Research, Medical Education, Clinical Supervision, Medicine, and Change Management. She is a strong consulting professional with a MRCPsych focused in General Adult & Rehabilitation Psychiatry from The Royal College of Psychiatrists, London. Dr. Bhatia is in good standing order for Continuing Professional Activities as certified by the Royal College of Psychiatrists
Dr. Bhatia consults from living mind Harley Street, London and Brentwood, Essex clinics.

Department of Dental & Maxillofacial Surgery
Dr. Isha Jain Gulati
Dr. Isha has graduated from Nair Hospital and Dental College, Mumbai and has completed her MDS in Orthodontics from KLE University, Karnataka. She secured the first rank and is a Gold medalist in her University. She is also associated with Savitri Hospital where she treats patients with Cleft Lip and Palate for free in collaboration with Smile Train.
Dr. Isha specializes in Orthodontics (Braces). Her specialty includes diagnosing irregularities in teeth from a very young age and hence being able to correct it early. She is accredited with publications in International Journals. She has attended multiple workshops and conferences and specializes in Lingual Orthodontics, Clear Aligners (Invisible Braces) and Mini implants, which helps in faster treatment. She is a Certified Invisalign provider. She has also surgically corrected many patients with facial deformities.
She also takes the keen interest in Smile Designing with the help of Braces, Crowns, Bridges, Veneers (Laminates) and Dental Implants and has an entire team dedicated to it.

Dr. Shubhav Gulati
Dr Shubhav Gulati is an Oral and Maxillofacial Surgeon and Oral Implantologist. He has completed his BDS from the renowned Nair Hospital Dental College, Mumbai. He then went ahead and obtained his Master’s Degree in Oral Surgery from Government Dental College, Trivandrum. He then joined as a senior lecturer in Government Dental College, Alleppey, Kerala.
Dr Shubhav has specialized in surgeries of the Head and Neck including orofacial traumas, fractures, cyst and tumour removals, jaw joint disorders, orthognathic surgeries, facial neuropathies and oral cancer. He is a certified Implantologist from the Internation Implant Foundation (Germany) and is pioneering the art of Dental Implants in Gorakhpur. His area of expertise in Dental Implants ranges from simple replacement of a missing tooth/teeth to full mouth rehabilitation.
Dr. Shubhav strives to provide the best quality of care as well as the most comfortable dental experience to all his patients both children and adults. He is passionate about staying up to date with current techniques and technologies in dentistry and is always finding ways to further his training.

Dr. B. S. Ramkumar is an MBBS dmrd (dnb) and practicing as a Consultant Radiologist. He has 21 years experience mainly in Ultrasound, CT Scan and MRI also.

Dr. Ravi Prakash Yadav is working as a Medical Officer in the Clinic.

He is B.H.M.S and is registered with the Homeopathic Medicine Board, Uttar Pradesh, Lucknow.